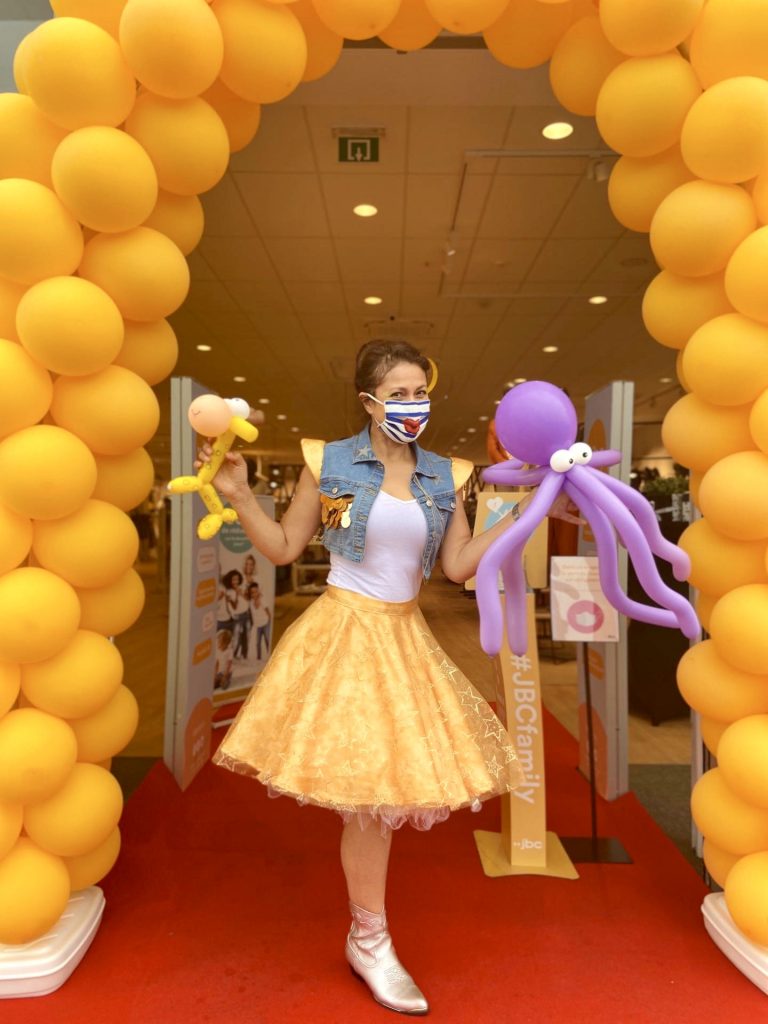 Based in Belgium (Hasselt), we do not only cover neighboring cities but also all Belgian provinces. In addition, we offer services in other countries through our network of international entertainers and support various languages such English, Dutch, French, Spanish and Italian.

Vanessa Cogorno, besides being a make-up artist and hairstylist, she is a qualified face-painter and balloon twister and decorator who has pursued courses and training in Belgium, The Netherlands, Great Britain and Peru. She continuously participates in workshops given by internationally known artists such as Nick Wolfe, Mark Reid, Heather Green, Marcela Murad, Jay Bautista, Pashur and Mona Turnball.

As freelancers, we have the advantage to work with numberless of entertainment or event organiser companies. In addition, we collaborate closely with other freelancers when they are unable to commit to additional assignments on a given day or partner with them in private events. As a result, we expand our network, make long lasting relationships and most of all we learn from each other skills.

Since we started this amazing journey, we have provided services to many families, corporations and charities. Below a non-exhaustive list of satisfied clients served on commission: